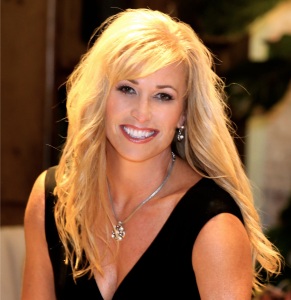 She is a new #eZWayWall of Famers and now

Published author and co-author of the newly released book, “CONNECT”, endorsed by #JackCanfield !!!
(The Chicken Soup for the Soul guru)🙏
AND…I finally met him at the Author Millionaire LIVE Summit, where he signed his endorsement in our book!!!

Many of my friends have experienced divorce or are going through the fall out of it still. Divorce is a life changing process but doesn’t have to be life limiting!!! It can also be a fresh start!!! This book is an anthology of inspiring stories about not just surviving divorce but thriving, with love and acceptance!!!

CONNECT is currently available on Amazon and coming soon to the shelves of Barnes & Noble and airport bookstores!!!

SO grateful for the opportunity to be part of a book that will help many people in pain and in need of knowing they can rise up!!! A BIG THANKS to Dawn Burnett Webb, Tammy Kling and Tiarra Tompkins with OnFire Books Leadership Company!!!

March 24, 20014 – Los Angeles – International media veteran and E! co-founder Larry Namer has been invited to be the keynote speaker and will be honored with the “Envisioneer Award” at the special opening night dinner gala of the fifth Annual LA WEBFEST, scheduled for March 26-30, 2014 at 8PM the Radisson Hotel at LAX.

“We’re thrilled to invite Larry Namer, one of the titans of the cable television industry, as our opening day guest of honor,” said LA WEBFEST founder Michael Ajakwe. “Larry was there when cable TV was just getting started and literally helped build it at a time when the skeptics were questioning its viability. He also created E! which redefined the way people consumed entertainment around the world. The LAWEBFEST audience can definitely learn from such a visionary.”

An entertainment industry veteran with over 40 years professional experience in cable television, live events and new media, Larry Namer is a founding partner of Metan Development Group, a venture created to develop entertainment and media specifically for the Chinese marketplace. He is the co-founder of E! Entertainment Television, a company now valued at over $3.5 billion USD, and the creator of several successful companies in the United States and overseas.

Among those companies are Comspan Communications that pioneered Western forms of entertainment in the former Soviet Union, including introducing the number one TV series in the region and promoting over 300 Western music acts, and Steeplechase Media that served as the primary consultant to Microsoft’s MiTV for developing interactive TV applications. Today, he also serves as Senior Advisor, Strategic Development to Eurocinema On Demand, the only 24/7 on demand foreign film channel now available in 36 million homes via cable and satellite in North America.

His vision and direction garnered VCTV several Emmy and Cable ACE award nominations, as well as recognition by Forbes magazine as the national model for local cable television programming. In 1989, he was awarded the prestigious President’s Award from the National Cable Television Association.

Described as “the greatest celebration of Web series ever seen,” LA WEBFEST’s Class of 2014 boasts some very impressive numbers with 319 shows selected over six months and four rounds, from five continents, 23 states and 26 different countries, including the United States, Canada, Italy, Australia and the UK.

Metan’s hit Web series “Modern Life,” filmed in Beijing, is the only entry from China in the competition. Based on a concept by Namer, the series was developed and written as a TV/Web format for global audiences, marking the first time a China media company’s use of the Web to pilot domestic and global TV projects. “Modern Life” follows the lives of four, twenty/thirty somethings, three guys and a girl, who because of various circumstances gather together in a large loft. The lead character Jerry is broke after his creative cuisine restaurant failed. He invited his two friends, Andy, an IT specialist and Sean, an internet VJ to move in the previous restaurant so that someone can share the rent with him. Their neighbor across the hall is a gallery owned by Vivian, an illustrator. Together they start their “Modern Life.” In only six weeks, the series has garnered over 40 million views on China’s top online platforms Tudou, iQiyi and Tencent.

LAWEBFEST will celebrate its fifth anniversary at the Radisson LAX Hotel over five days from March 26 to 30th. http://www.lawebfest.com