The American Society of Young Musicians (ASYM) is a non-profit 501c3 national organization comprised of musicians, music students, songwriters, studio technicians, and individuals in the music community who share a commitment to the development and support both educationally and musically of young musicians.

American Society of Young Musicians provide support for ASYM’s programs which include a shared housing referral program, low cost and no-cost dental assistance, legal and contractural consultation, artists workshops and music scholarships. Scholarship recipients are additionally matched with mentors in the music community who provide career assistance to young artists in their musical and career development. With these various support mechanisms in place, detriments such socioeconomic limitations will not be allowed to deter young artists from their deams.

The Multicultural Motion Picture Association (MMPA) is a non-profit organization comprised of individuals within the entertainment community who share a common commitment to recognizing the achievements of diverse artistic film achievement and television programming in the entertainment industry. Membership includes a multitude of benefits and opportunities to make creative contributions to the motion Picture and film community. Among the membership benefits include:

*Opportunity to participate in symposiums and panel discussions.

*Bi-annual newsletter of updates, calendar of events and members profiles.

*Opportunity to share ideas and information with other members at meetings and organization sponsored events.

The comcept of the “Diversity Awards” was founded upon the ideal that a wide spectrum of cultures should be honored for the role they have played and continue to play in the film and television industry.

The MMPA bases its belief upon the fact that while other awards shows celebrating bodies of work in television and film have for years given well-deserved accolades to many talented artists both behind and in front of the camera, there are still many other creative voices and portrayals bringing much needed perspectives to film and television. The MMPA makes it a point to seek out these works and acknowledge those who continue to do a great service to our industry and national culture by making these stories available to a mass audience.

We are proud to salute these contributions, and we are equally proud to be able to bring people together in the entertainment community while celebrating everyone’s positive contributions and diversity!

Educational Scholarship Foundation for the Arts

Check out this actress Jaira Valenti from the Hangover movie I was searching beautiful actresses in Beverly Hills and this story from Entertainment Magazine came up. She has a IMDB star meter of under 3000 so she must be doing something right! Click the link to see more on her credtis.

WE SPOTTED Jaira Valenti , known for her role in The Hangover, going into Tutu Kids in Beverly Hills today. We asked her what she was going to buy, and she told us she was getting a pair of Swock- (something) ar- (something) ski Crystal Converse for her daughter. Very nice too.Our trendy editor told us Jaira must have said a pair of Swarovski Crystal Converse. They are, apparently, very, very exclusive. Just as exclusive, in fact, as the tattoo on Stu’s face in The Hangover, which he got on ‘that’ night out. (By the way, are we the only ones who didn’t think those drunk guys were really that funny?)TIDBIT – Apparently, the artist who gave Tyson his ‘exclusive’ face tattoo is suing the producers of The Hangover for copyright infringement. If successful, this will not only include a whopping pay-out, but also stop any further distribution of the movie. If 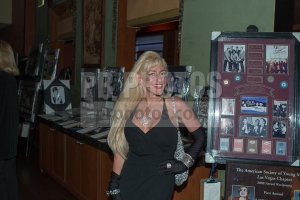